Our people
Our Group Board
Executive Team
Our governance structure 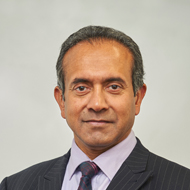 Since 2016, Rommel has been Finance Director of the Bank of England, having previously worked in a number of different and varied roles in Regulatory/Government, Not for Profit and Financial Services, including JP Morgan Chase.

From his time in Not for Profit, he spent five years as Chief Operating Officer for Metropolitan Housing Partnership and also has significant non-executive experience, having spent almost ten years on the board of the Shepherds Bush Housing Group, where he also acted as Chair of the Audit and Risk Committee and a member of the Governance Working Group.